To the Dearly Departed… 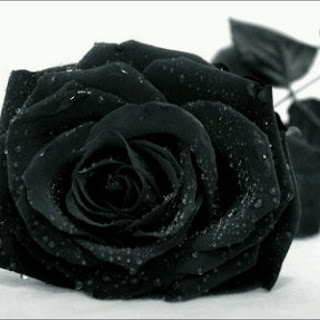 Taken from a BB display picture

It’s been one looong week since the Dana Air Crash and I am just slowly getting over the experience.  After the very challenging month or two that I have had, I really did not need that news!  It left me feeling very disoriented, bitter and very angry!  Angry at the fact that it could have been avoided, angry at the level of greed and corruption in our society, angry at the fact that noone cares about anyone else but themselves, angry at those who knew the flight had issues but never said anything till after it crashed, angry at the annoying BB broadcast messages from so-called “survivors” and inventory of the plane’s issues (like that’s supposed to mean anything now) and most of all, VERY ANGRY at the fact that YET AGAIN, we Nigerians refuse to acknowledge that we are responsible for the decay in our society and choose to blame everyone else!

Trending
Why Businesses Fail
I was very sad at the lives cut short due to negligence and greed and very pained by the fact that it could have been anyone on that flight and extremely pained by the tragic news of my QC schoolmate, Maimuna Anyene, who died along with her family (a stunner whose smile and dimples I never forgot even after leaving secondary school so many years ago) and members of the FATE Foundation family where I was for about 6 months.  But the news that hit me the most was that of Chris Okocha of Thotline Concepts, a friend and business associate.  Someone I saw just 2 weeks before the awful accident… 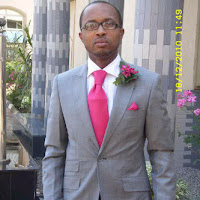 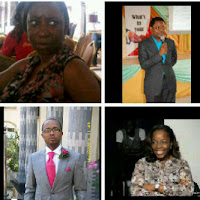 Chris Okocha & other FATE family members we loved and lost

Chris was a FATE Foundation facilitator who I approached to conduct my market research and write my business plan.  The results are sitting in my cupboard as we speak… waiting to be discussed…  I’m not even sure I can bring myself to go through the report now… or even look at the plan I submitted to FATE as he marked it.
Interestingly enough, I had no idea he was a member of Covenant Christian Center until after Designers Connect and since finding out, we became friends and pretty much met after church every Wednesday to discuss my plans and follow up on a microfinance loan I was pursuing, where he was a member of the Board.
So imagine my shock when I got the BB broadcast that he was on the flight.  I cried and cried and wondered what would happen to his lovely wife who he always called “Angel” and his stunning 15 month old daughter.  I thought to myself how his family, his colleague, Uyi, and his friend, Dele, would be feeling if I felt this way.  Last Wednesday was the first time I went to church and I had that empty feeling knowing I would no longer be able to harass him about the loan or my report.  My heart broke when I saw Dele looking very lost after the service and I could not really say much either.  Service, especially Wednesday service would never be the same since I had become used to harassing them both. Sigh…
So as bitter as I am, I felt a glimmer of hope when at service yesterday, Pastor Poju  announced that an Education Fund would be opened by the church for his daughter.  The Church would fund her schooling from kindergarten to any level in any institution in the world she chose to attend.  And since hearing that, I made the decision to do the bit I could.  Yes she may never remember how absolutely amazing her father was but at least, she would reap the benefits of what her father left behind, his legacy.
Chris always encouraged me and told me that he had no doubt my business idea would work.  He always told me he would do his best to assist with helping to source for funds when I was ready.  It really does wonders when you surround yourself with people who believe you can do it.  Perhaps I’ll scan the report of mine he marked and post it here.  Just looking at that report should make anyone happy.  So yes!  I choose to remember him for the positives… even though he never did introduce me to that single guy he told me about…(haha…)  But it’s cool… For everyone who loved and lost someone in that crash… and not only the crash but also those on ground who died or were displaced by the crash, the multiple car accidents on Lagos-Ibadan Expressway, the bomb blasts, the 10 who died in Ghana from the Nigerian cargo plane which crashed and a student of mine who just lost her mum.  I can only pray God grants you to the fortitude to bear the loss.  I cannot even begin to imagine what you are going through but I do know the Great Comforter will be with you and your family at this time.  Time may never totally heal as they say, but I do know it gets easier with time.  As an old schoolmate who lost her dad in a plane crash 10 years ago posted on Facebook:

“…The pain and the deep feeling of loss… it’s just easier to deal with as time passes.”


As for me, I have chosen to pull myself out of the strange state I have been in for the past few weeks.  No point staying angry at the world when things are not going the way you planned.  My concerns pale in comparison to what others have been through so I have decided to pick myself up and do what I can while I am able to by His Grace.
So thank you everyone for still visiting my blog despite my being awol.  Here’s thanking my mentor for getting me the new modem so hopefully my internet issues are finally over.  For those who have sent mails that I am yet to respond to, apologies.  My server’s been a bit strange but it is not an excuse.  I should have, at least, acknowledged receipt of your mails.  My sincere apologies…  For those who are expecting my articles, I will work on them asap and send them to you.
So yes!  I’m back and it feels great to be back!  I will try my possible best to keep the blog updated.
Thank you so much and have a blessed week ahead!
Cheers!


PS.  I was touched by this article I received via BB paying tribute to those who died in the Dana crash.  I should send Chris’s picture in.  http://thekushchronicles.blogspot.com/2012/06/rip-beautiful-faces-of-dana-air-crash.html