Creativity vs Decency… What is Fashion Design Really About?! 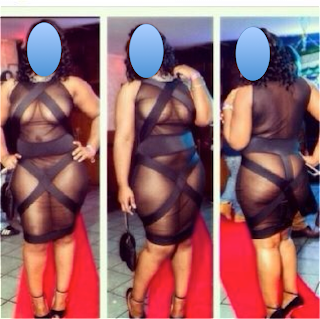 So sometime last week, I was catching up on old posts and pictures in a Blackberry Group when I stumbled on this picture with its title: “Wardrobe Malfunction or Designer Error”.
Ok I must warn you, the picture is quite…. errr…. (a-hem!) not quite sure which word to use but anyway you see for yourself…

Picture taken from a Blackberry Group

Ok initially I was wary about putting up this picture but then again the lady wore it to a red carpet event where she expected to be photographed so she was showing off the outfit…. which I must confess is quite eye-catching…

NOW I wasn’t really phased by the picture.  I have seen similar outfits on the catwalk so it wasn’t that much of a big deal to me.  What really caught my eye were the comments.  In expressing my opinion about whether fashion was more about creativity or decency, I got the following response from one of the contributors:

Trending
Want to run a successful fashion business? Create a proper structure
“Fashion is about creativity but creativity (in fashion) should be decent”.

Make no mistakes, I was also stunned when I saw the outfit… but more because of the size of the person wearing it.  Putting morals aside, I thought it was a pretty interesting and strategic use of fabrics and strips.  Believe it or not, you can try to see through those strips but you cannot actually see anything.  Which I think is pretty creative.  If a much thinner person had worn it, it may not have evoked as much negative emotions.

For me, I believe designers are entitled to use their creative abilities the way they deem fit.  Granted it may not be your style or your design philosophy but that does not make it wrong.  As I said, putting morals and religion aside.

It’s the same way I am amazed when watching a runway show and I get comments from designers on how “unwearable” a garment is.  And I’m thinking to myself, then clearly you have no clue what runway shows are about.

The runway is a concept which showcases ideas and creativity.  Whilst some designers choose to put wearable clothes on to make direct sales, others are more about showing what they can do if given a piece of material, be it fabric, chains, metal or even recharge cards.  Because you choose to use it a certain way does not mean everyone else should.

And on the subject of decency, many are quick to pull the “it’s not in our culture card”.  Well for those who know a lot about culture (and I am not pretending I do), let’s not forget many women (and men for that matter) tie only wrappers whilst others go topless in cultural dances.  Case in point: 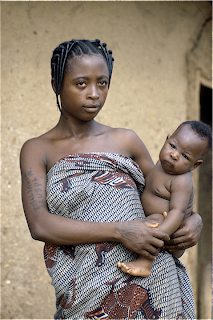 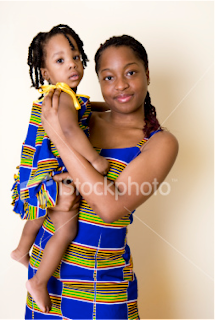 http://sirismm.si.edu/eepa/eep/eepa_02757.jpg
http://i.istockimg.com/file_thumbview_approve/2733396/2/stock-photo-2733396-african-fashion-girls.jpg
So anywayz, before I digress, yes we live in a very conservative environment, but we really should keep an open mind…especially with respect to people’s work.  I have no issues with critique… or better put… constructive criticism.  Yes I may not design it or wear it, but I think the person did a good job.  If I had to bring in morals and decency, I would say s/he could have used a fabric with more weight or lined it.  But that’s not my call.  It’s theirs.  Besides… the work may not look as nice if it was lined.
As for the lady… well… as someone else said… she wanted to get the attention and she succeeded… “because we’re talking about her”.  Mission accomplished! 😀
Have a great day people!