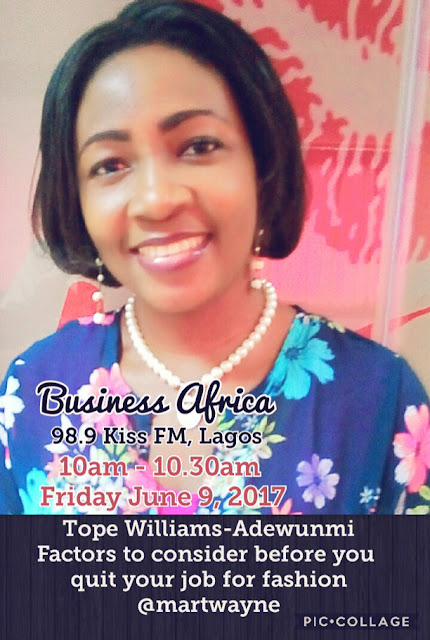 Yes people! Join me tomorrow at 10am on 98.9 Kiss FM Lagos where I will be discussing “Factors to Consider Before You Quit Your Job for Fashion”. If you are currently at crossroads and not sure what to do, you need to tune in! And you can also call into the show to ask questions on 0809 899 8898. Cheers!

Are You a Designer Swamped with Work?! Then You Should Consider Outsourcing…

Storytelling is not just for writers and fiction w

Are you a fashion business owner who's struggling